Breeding of the fighting bull

The annual breeding cycles of the fighting bull can be divided  in the following way:

Each breeder has a different planning of Mating and thus about the birth seasons which are spread across the year following a Gauss Bell method between the months of July  and Jun of two subsequent years focusing on winter months. The breeders plan for the birht date of the calves making them match times where the climate is less adverse and in which there´s plenty of availability of natural resources. Mating is carried out in Mating lots, often by natural mating during which a stud lives with a lot of cows in a pen for a certain amount of time.

The breedign year comes from July 1st of a year to June 30th of the following year. The Birth(The time since the first calf is born to the last birth in that timeframe) goes more like natural years as most of births take place in winter months.

Births take place in a natural way in their natural habitat: The plains. When the cow is urged with birth, seeks refuge in a place further away and protected. When the calf is born, the cow eats the placenta not to leave a trace and the calf is licked out by its mother to stimulate its bloodstream circulation and breeding. When the calf manages to stand, it sucks maternal milk from the cow which will protect the calf from infection the first months of its life. 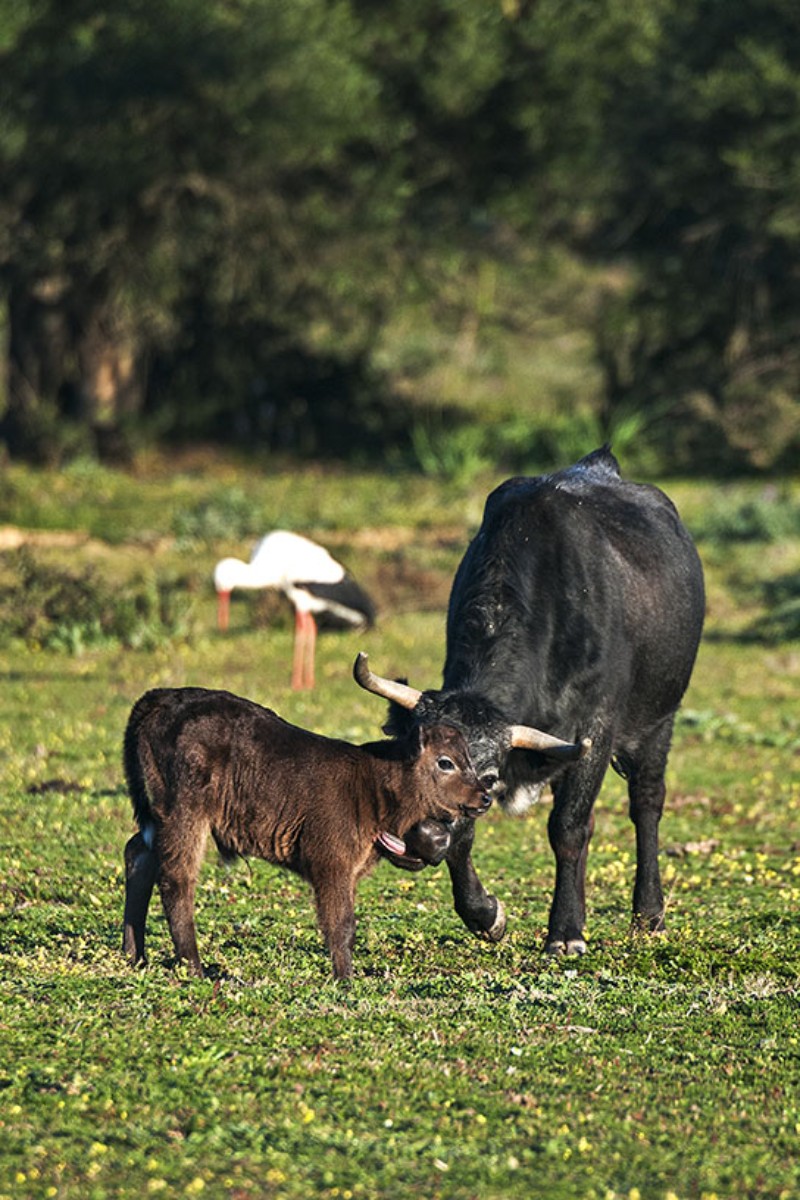 First weeks: The mother presents an extraourdinary maternal instinct. The calf communicated himself through moos and copies all its reactions.

Fourth of fifth week. The calf starts eating grass and water and its digestive system starts to develop. 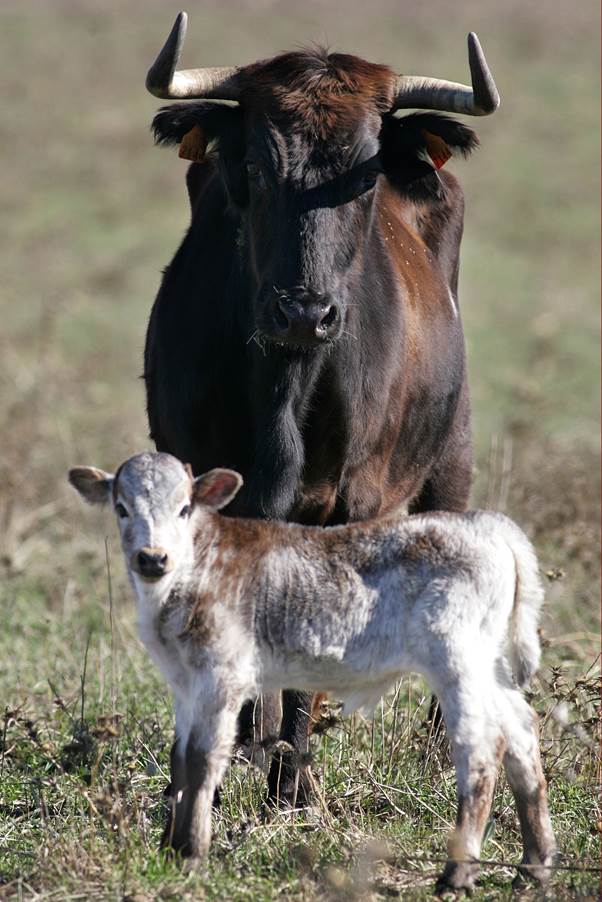 The coupling means matching the calf with the cow, proceeding to a supervised identification by veterinarian technicicans from the Family Tree for its registering in the Fighting Bovine Breed Family Tree.

The calves have to be identified first, individually marked by crotals in the ear.

Weaning: Separation of the calf from the cow, performed when the calf is six or seven months old. 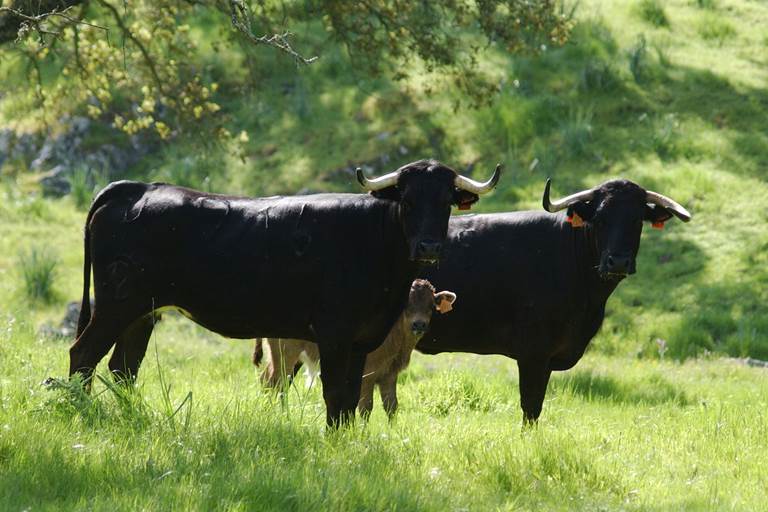 Branding means the individual and definitive form of calf identification when they are separated form teh ows. Its performed between 7 and 12 months into the calf´s live controlled by the Family Tree veterinarian and with the optional presence of the inspector of the family tree being the presence of the MAPAMA inspecting veterinary just optional. 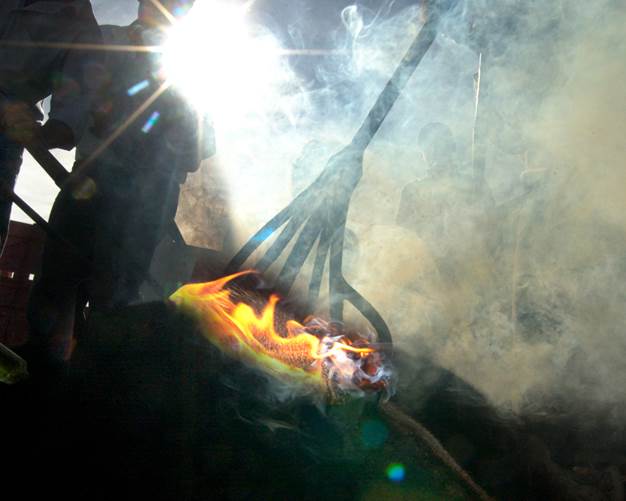 After the branding the animals are separated in groups of age and sex until the trial or shipping time comes. In the rebreeding stage, the calf continues its growing, starts defending itself and develop territoriality and hierarchy. Feeding at this point is crucial for the animal´s development. 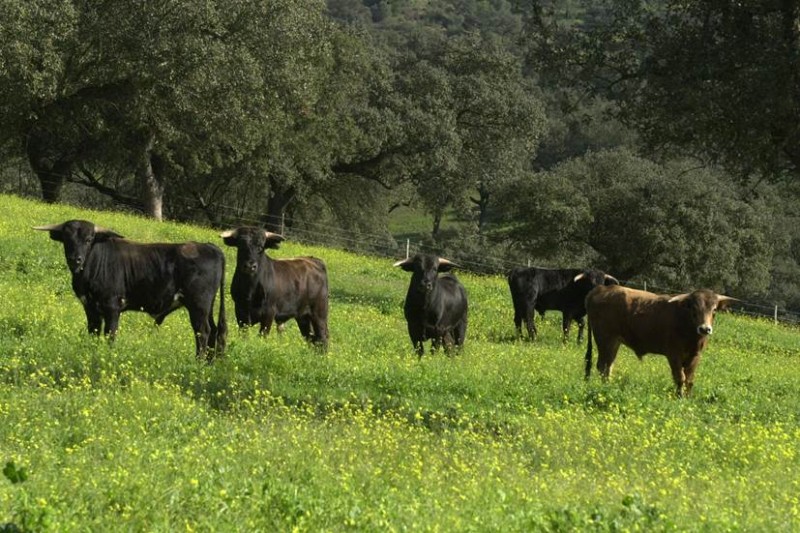 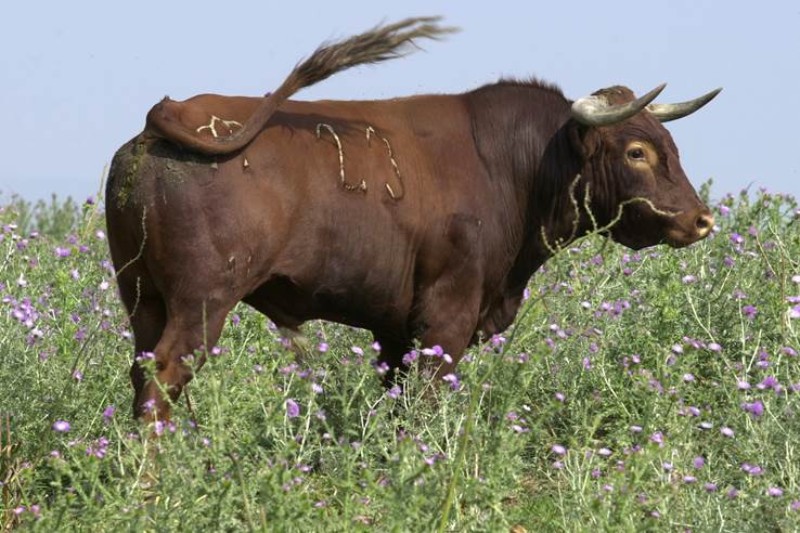 Trials are field operations to test bravery and bullfighting abilities of the heads of livestock. It´s carried out afeter the Taurine season, between the months of Autumn and Spring and the scenery is the trial bullring located at the breeding farm, in which lancing is done by horse and trial spear. It is a crucial test to select the next in line reproductive animals(Male/Female)

Traditionally tests of harassment and knock over have taken place. They are carried out on horseback. An eral herd is set apart from the rest and they start harassing and knocking and after that they are tried by the trial horse, which is taunted by hand or using a stick. If the test is successful it will be later tried with the cape. In that case the animal cannot be taken to the bullring.

The task is different as the ful herd of erales is tried(Exceptionally so are utreras) in the trial bullring of the real estate, using tauting cape, lancing horse and cape.

The trial phase is the most important operation of a fighting bovine breed as the breeder will decide which animals are approved as studs and in doing that he´s choosing the future of the breeding farm. 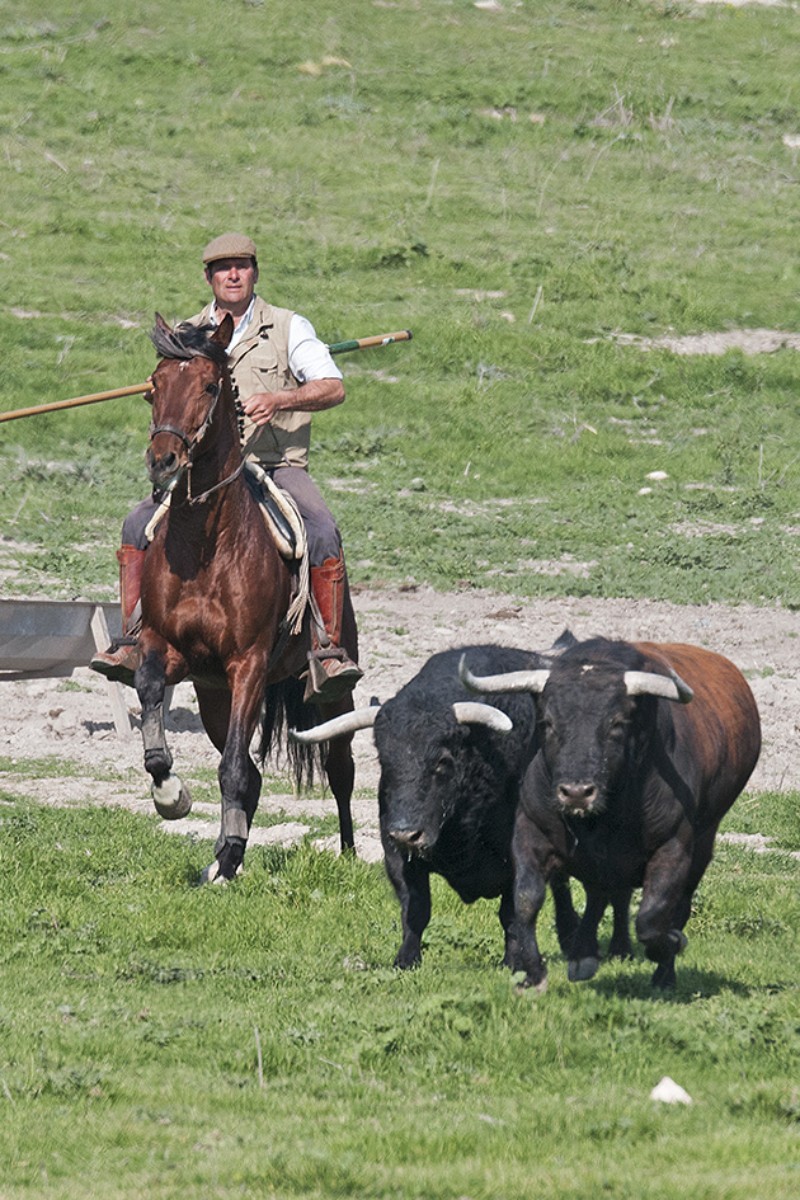 The sorting is a countryside traditional task in which personnel from the farm go about on foot or on  horseback to set some specimens apart from the others with different purposes.

Selected and sorted buls are herded into the farm´s facilited to be shipped on board a truck in individual cages to be taken to the plaza, This is carried out in the dead of night.